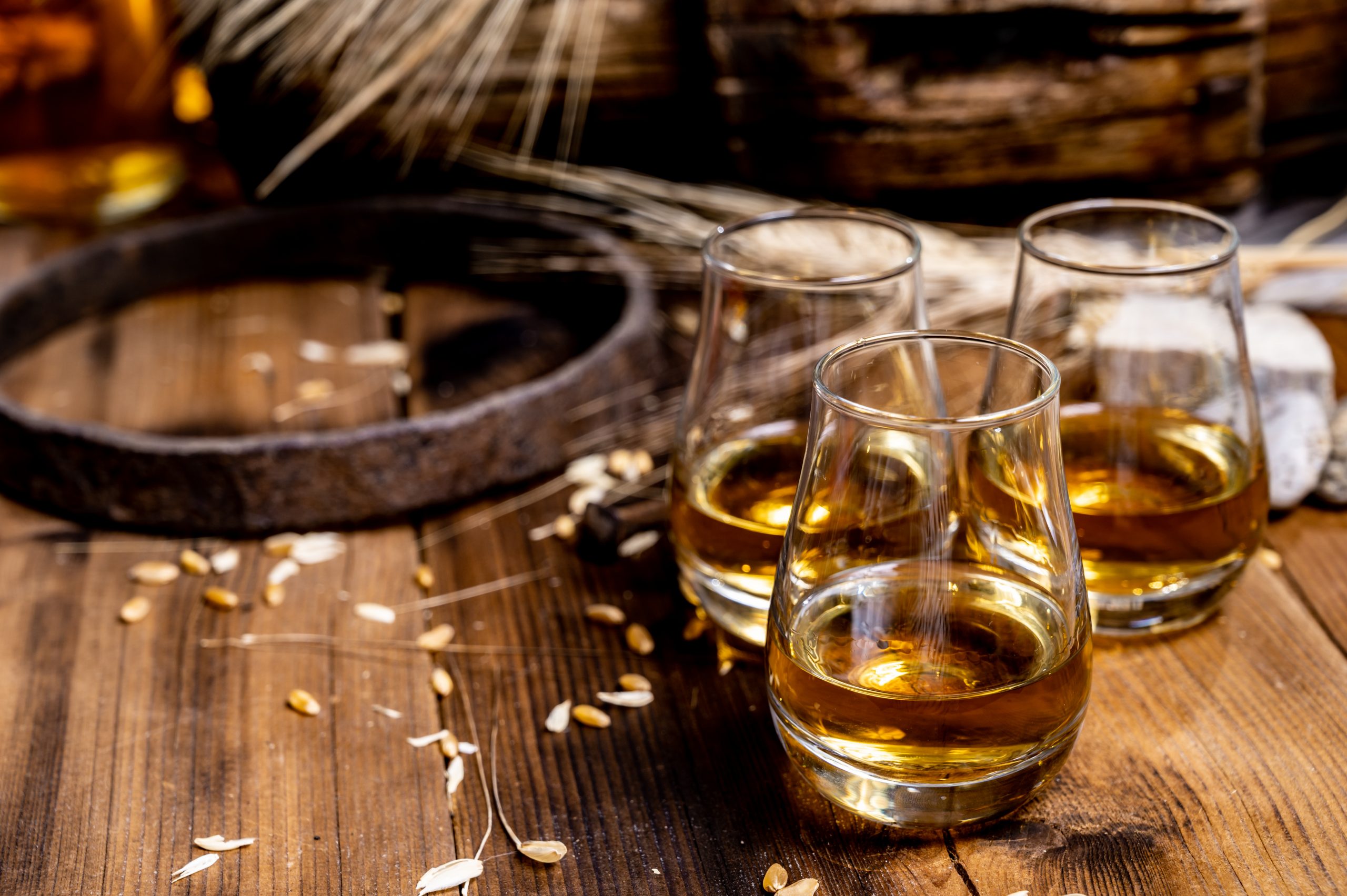 From the light and floral all the way to the oily and smoky, no other spirits category offers the spectrum of flavours that malt whisky does. What makes this so surprising is that, in Scotland, every malt whisky producer must use the same three ingredients; water, malted barley and yeast.

They must also use the same five processes. A highly respected distillery manager once told me that “making malt whisky is easy, making good malt whisky is where things start to get tricky”. So let’s take a look at this in more detail…

Historically, malting – the process of converting barley into malt – was the responsibility of the distiller and took place on site. However, nowadays the vast majority of distilleries in Scotland purchase their malt from maltsters and so the first process that takes place at the distillery is milling. The purpose of milling is to create a malt grist that will readily mix with water in the mash tun. The grist specification will vary from one distillery to the next and is largely driven by the technology in the mash house.

Malt grist is mixed with water in a mash tun to a temperature of 64.5°C and is allowed to stand for a period of 30 minutes to an hour. During this time the enzymes break the starch into fermentable sugars. The now sugar rich water, is drained from the mashing vessel and separated from the spent grains. A second water, typically at 70°C, followed by a third water at around 80°C are subsequently mashed, mixed and drained to wash the remaining sugars from the grist. The first and second water, now called “wort” are cooled to around 19°C and pumped to a washback for fermentation. The third water is recycled and will form part of the first water of the next mash.

The final ingredient, yeast, is added to the wort in the washback (a large steel or wooden vessel) and fermentation, the process of converting sugar into ethanol, can begin. This process typically takes around 48 hours, and the result is that the wort has now been converted into a liquid called “wash” which has an alcohol content of around 8% ABV. As well as alcohol, fermentation creates CO2, heat and flavour compounds. Many distillers will leave their wash to rest long after the initial 48-hour fermentation is complete. As yeast dies, other microorganisms become active and allow a more complex range of flavour compounds to develop.

Distillation takes advantage of the difference in boiling point and condensation to physically separate alcohol, which is more volatile (has a lower boiling point), from water. In Scotland, malt whisky is typically distilled twice in a batch process that takes place in copper pot stills. In the first distillation wash is heated so that ethanol begins to evaporate from the mixture. This ethanol enriched vapour is then condensed resulting in a liquid with an alcohol content of around 24% ABV known as low wines. These low wines are distilled a second time to produce spirit which will begin to flow from the still with an alcohol content in excess of 70% ABV. As the spirit is flowing from the still the alcohol content will gradually decrease to nearly 0% ABV so the distiller will split the spirit run into three cuts: foreshots, middle cut and feints. Only the middle will be collected and filled into cask to become whisky. The foreshots and feints are mixed with the next batch of low wines to be redistilled. As well as alcohol and water, wash, low wines and spirit contain a myriad of other compounds called congeners, many of which are flavour active. Like alcohol and water, these compounds have their own volatility and evaporate a different rate so the decision of when to take the middle cut will have an impact on spirit character.

By law, Scotch Whisky must be matured in oak casks for a minimum of 3 years. During maturation four classes of change take place:

The decisions the distiller makes around cask selection and maturation control will influence the rate at which these reactions take place and the impact they have on the final whisky.

Though the science behind the steps outlined above is complex, the processes themselves are simple and often ancient techniques. It is the decisions that the distiller makes during these processes that is the difference between a malt whisky and a good malt whisky, and this is the result of years of dedication and knowledge passed down through generations.