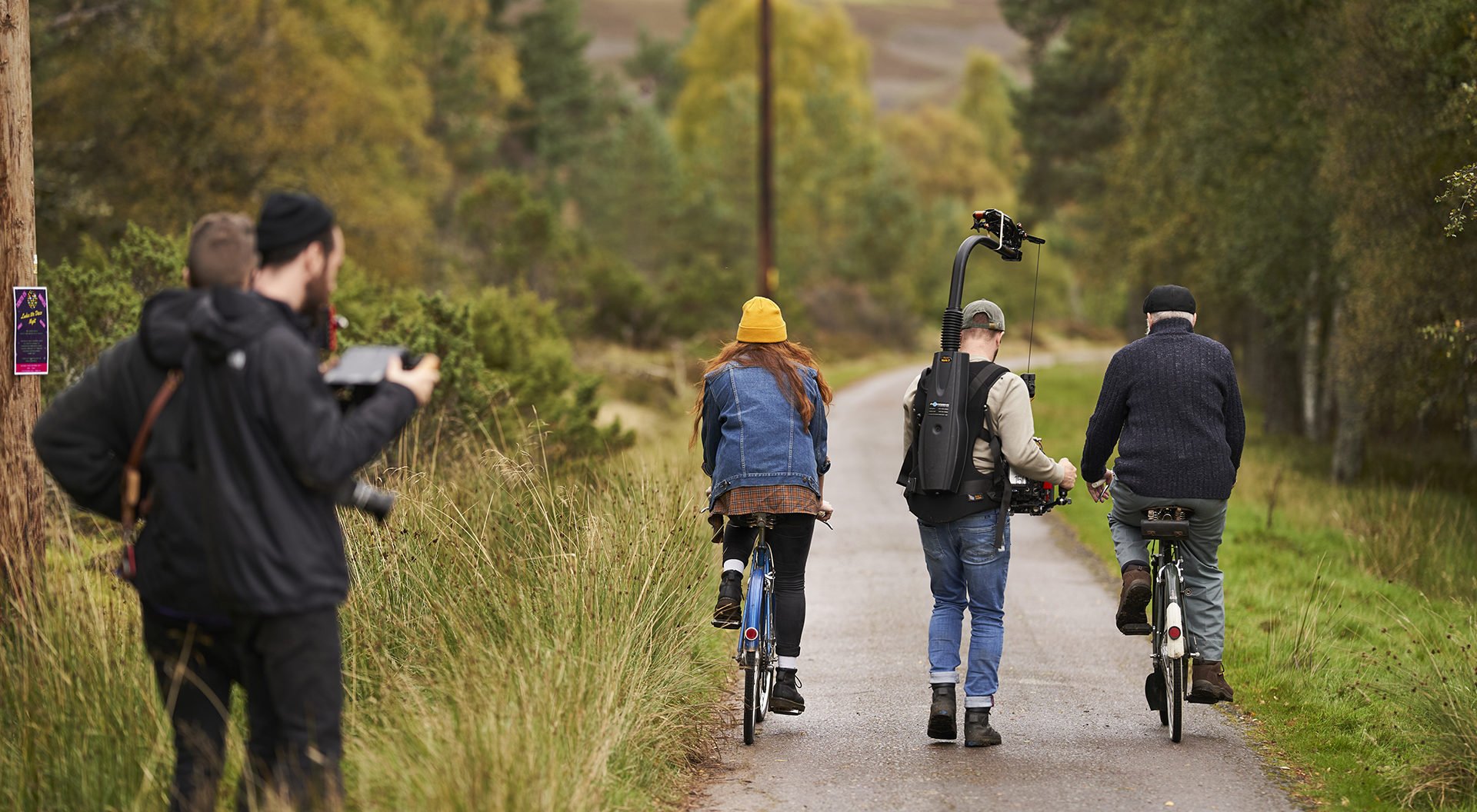 It’s not often you’re asked to shoot a whisky brand film, so I was excited from the start when I was briefed in on this opportunity. What struck me instantly was the thread of community that runs throughout Tomatin. It’s really embedded in the culture, so it was something that we had to explore throughout the film.

Mementos is the hook we landed on, they serve as reminder of what really matters. Gifted, acquired, collected; they enter our life in many ways, taking on stories of their own throughout the journey.

The film tells the story of a hip flask, gifted to a granddaughter by her grandad, and throughout her adult life it serves as a reminder of what really matters to her. Family, home, community, and time taken to pause, a breath. We tell the story behind the memento and how it helps guide her through life, finally bringing her back to where it all began.

Human connection plays a massive part in the film. I visited the distillery to explore it ahead of developing the final film concept, and as I was shown around it became even more evident just how rich the Tomatin community is. Around every corner was another distillery worker, full of tales, you couldn’t pass until you’d heard their story.

We heard many stories that day, some of generations that have grown up in the houses based on the distillery. Some of craft passed from one person to another. We of course heard of the beautiful scenery and where the community like to spend their downtime.

All these stories built the foundation of the film. Be it little nuances to the local fishing scene, or where the dogs get walked at lunch time. It was important that we tapped into this and created a film that would not only resonate with a wider audience, but ring true to the community of Tomatin.

The fishing scene was filmed at the River Findhorn where many Tomatin locals like to fish. In Scotland, to mark the beginning of the salmon fishing season, it is tradition to pour a little whisky into the river – a ceremonial blessing of the water, if you will! Whilst neither I nor Tomatin would ever encourage any waste of the beautiful whisky, for traditions like this we are happy to make an exception. Because traditions matter.

Many hands go into crafting this beautiful whisky, a whisky that holds on to its authentic roots with community at heart. The road along the way can get a little rocky at times, with us occasionally finding ourselves down the wrong path – far away from home. But when you boil it all down, strip it bare – it’s the people we hold dearest that matter the most. Forget the noise, the material objects, the want for a more glamorous lifestyle. This film takes us on a journey whilst stripping it all back – To What Matters.

I hope you enjoy the film.