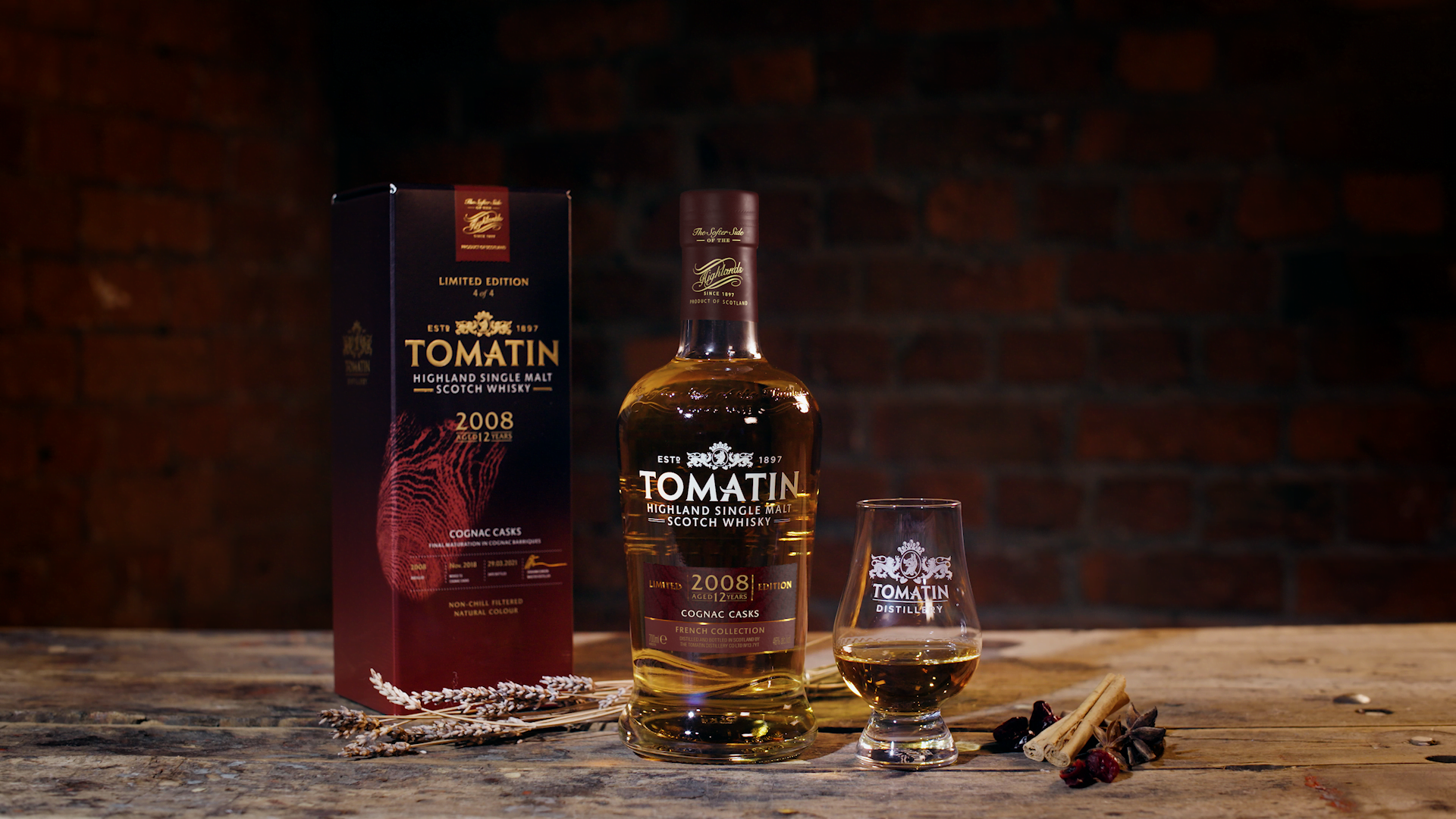 Today we are delighted to announce the launch of the final edition from our French Collection: The Cognac Edition. Taken from the four-part limited release series, the Cognac Edition (4 of 4) demonstrates the unique influence imparted by the world-renowned Cognac casks, and has been 12 years in the making.

Edition 4 of 4: The Cognac Edition

The Cognac Edition is brimming with fresh fruit and floral flavours with subtle notes of lavender and Scottish heather. On the palate, there are hints of cranberry, orange zest and rose water with well-balanced spices. The French oak provides the expression with a finish which is long, with notes of Earl Gray tea and poached pears.

Distilled in 2008, the whisky began its maturation in traditional Scotch Whisky oak casks before being moved into Cognac casks for the final stage of the process in November 2018, resulting in this magnificent expression.

To celebrate the final launch of The French Collection, and to complement the liquid on the lip’s moment alongside the Cognac Edition, the final part of an immersive four-part content series has been released. Stunning visuals, alongside an innovative soundboard using ambisonics, transport the viewer to the origins of the product, through binaural sound – best enjoyed when wearing headphones to experience the full effect. The content has been designed for consumers to pair with their purchase, allowing the drinker to lose themselves in the world, and story, of the final edition that makes up the Tomatin French Collection.

“ The fourth and final release from Tomatin’s French Collection is the jewel in the crown. The Cognac Edition, along with the rest of the collection, showcases our innovative dedication to craft and excellence, and is the perfect illustration of the art of comparative final maturation; a concept championed by Tomatin in the Cuatro series released in 2014, which was also very well received.

We have been overjoyed by the response from the whisky community to the earlier releases, and by introducing the Cognac finish as the final edition, we hope to attract a wider audience to our unique concept allowing them to better understand the art of cask maturation.”

The Cognac Edition will retail around £65 RRP and be available from 6th September to complete the French Collection, with Editions 1-3 already launched to markets from 26th April.

Editions 1-4 immersive content series can be viewed here. The French Collection will be available to purchase through specialist whisky retailers worldwide and directly from the Tomatin shop here.